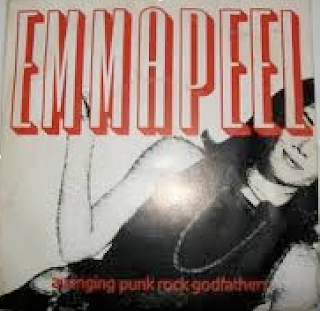 Now here's a band that I wish had continued to produce more as this is such a great 7''.

I have no clue as to how they formed, but I'm thankful they did and left this gem behind in their wake. A band who comprised the following personnel: -

This long out of print 7'' was released on Tragic Life records in 1993.

The sound isn't too dissimilar to latter day Government Issue, so you know it has to be good. I've rambled on about the members of this band at various times before and they should be pretty well known to most fans of hardcore. A, possibly, little known fact is that Steve Hansgen joined Boyd Farrell and Mike Dolfi. both ex Black Market Baby, in Rustbuckit a while ago.... a band who's record is soooooooooo song overdue that I've almost worn out my demo copy!!!!

I have a live set of Emmapeel somewhere....I'll upload it one day.