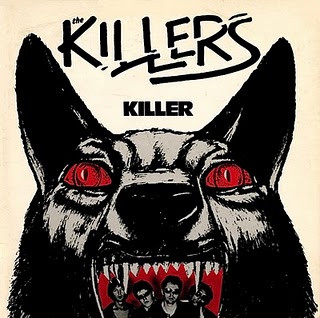 DO NOT be put off by the silly name...this is a classic punk album.

Formed in May 1977 in Brighton Joe Cool & the Killers released 1 7'' and this album and both are fucking great; the 7'' went for a small fortune a few years back, probably rightly so tbh. If you like the old UK 77 punk, or high energy punk, then is a must for you. It's truely great.

They were picked up by the same guy who spotted, and took to fame, Leo Sayer. That fact alone would be enough to put anyone off, and once you throw in the name most people would put their trainers on and start running for the hills. What a mistake that would be.

They lasted until late '78 and split up. I have no idea what happened to any of the band with the exception of Tony Mayberry who joined The Depressions.

Uploaded as a request from Raul....hope you enjoy it.
Posted by Neil at 12:40 pm