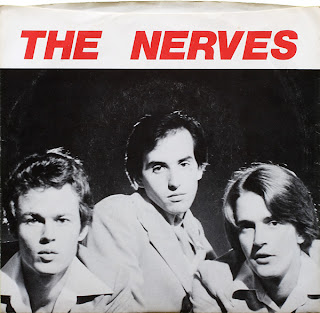 So whilst I'm talking about Blondie I may as well throw this one out there. Best known as a major hit by Blondie "Hanging on the Telephone" was actually a cover version of a Nerves song.

Released in 1976 as a self financed 7'', it promptly sank without a trace until it was picked up by Blondie who made it internationally known. I'd be hard pushed to choose which version of this song I prefer; they're both great. The group consisted of: -

The Nerves lasted for a very brief period before they split. Case and Collins went on to form the Plimsouls in the late 70's.