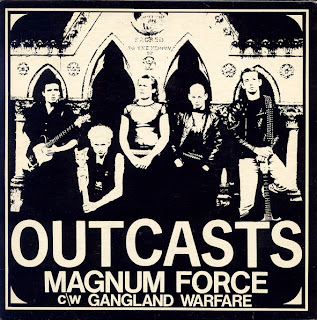 You couldn't help to stumble across the Outcasts in the late 70's, early 80's as the quality of their releases just demanded to be heard; that and the fact that they were on Good Vibrations.

I stuck with band until the angel face release at which point  I fell off my chair and they pretty much lost me for the rest of their career....7 deadly sins is just awful. None the less, between '78 and '81 they were unstoppable, releasing classic after classic.

They were also an incredibly modest band as this video shows :)