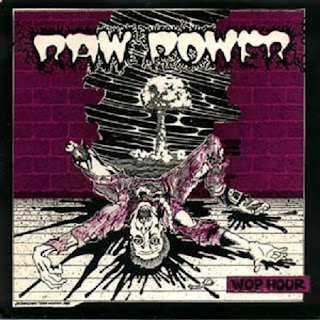 I saw this lot supporting someone, but my failing memory isn't letting me recall who at the moment. I do remember how much they impressed. When these guys were taking off MMR was in full swing so word of them had reached people before their first release came out, 1983, but they never seemed to get the recognition they deserved.

An Italian hardcore punk band formed around the Codeluppi brothers, Mauro and Guiseppe; vocals and guitar respectively. The rest of the band was a pretty revolving door of personnel. They signed a deal with Toxic Shock in '85 and released a great album, Screams from the Gutter, and this 7'', which is fantastic. "I do what I like" is pure gold...the 7'' was produced by Paul Mahern of Zero Boys fame.

They still continue to this day, but with Mauro as the only surviving original member; his brother suffering a fatal heart attack in 2002. 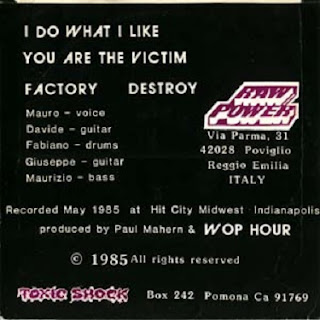