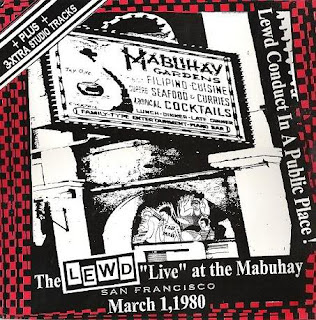 Formed in 1978 and moving to San Franciso, The Lewd built a reputation as a good live band and are probably best known for their first 7'' which is highly lauded. I think their finest moment is the 1982 album American Wino, which I still own and is one of my favourite HC albums.

This album (Lewd conduct in a public place) was released in a limited quantity to create a collectors item, which is did, by Vampir records. It has three demo tracks made with Subterranean. 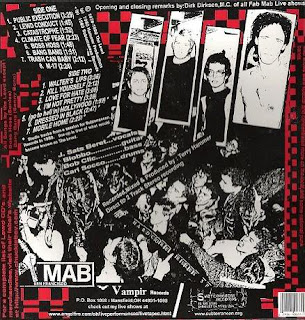