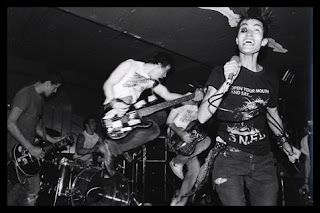 The story of SNFU is well documented, but anyway..... The band formed out of the ashes of "Live Sex Show", the first band to feature the Belke brothers and Ken Chinn, who by now had assumed the name Mr Chi Pig.

They burst into my world as a relative unknown having only heard a few compilation tracks. I was offered a copy of their first album, which I bought having not heard it; £4.00 seemed little to lose if it was shit. Happily, I'd stumbled across a classic. The album had a soon to be banned sleeve and came out in different covers for a while. I had the first three. I still have them. 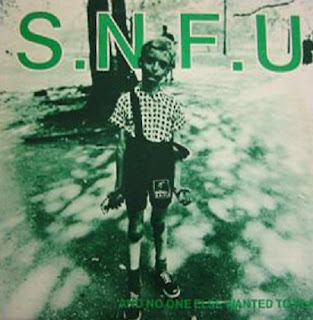 I followed them throughout their history and they never failed to deliver something. They consisted of a revolving door of drummers and bassists, but contained three friends who'd met through a shared love of skate boarding as kids Mr Chi Pig vocals with Marc and Brent Belke on guitars. They lasted through a breakup and reformation from 1981 - 1998 when Brent left the band. Marc left in 2005 and the band once again split up.

Mr Chi Pig seemed to go off the rails in the late 80's with drink and drugs playing an ever increasing role in his life with a severe impact. As it turns out he fractured his skull head-banging when he connected with a fans head; the resulting chemical imbalance mixed with personal traumas and drugs dragged him about as low as you can go. He sold everything he owned and ended up living on the streets of Vancouver as a destitute homeless person.

Since that time he's managed to beat many of his demons and is back on track with a new version of the band and a possible new album. 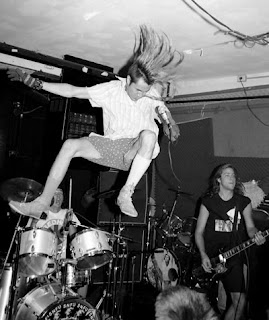 SNFU stood out from the crowd for a number of reasons to me, they had a singer with a distinctive sound, the tunes were intricate and the lyrics didn't follow the normal fashion. You also can't stop yourself from singing along which is a massive plus in my book.

They went on to release 7 studio albums and a handfull of 7''. All the albums have something to offer with none of them being duds, even Better than a Stick in the Eye has peaks, but only just. Their best work is undoubtedly the first two and the last album, In the Meantime and in Between Time which has the behemoth that is "Head Smashed in Buffalo Jump" on it.

A song so good it just has to be heard. Music


Sideburns in the shape of a prairie province,
Bookcased his face, baby
He looked alot like Elvis,
Long before his name became disgraced,
Back when he was young,
Taking care of business in a flash,

He sang deep and low,
Well, he sang in baritone,
And he sang about the buffalo,
He sang about home sweet home,
He sang about cool hot rods
and shiny UFO’s.
He did not sing about,
What he did not know. No, no.
If you don't know this band I highly reccommend all their releases, but especially "And No One Else Wanted to Play" "If You Swear You'll Catch No Fish" and "In the Meantime and In Between Time"; they're all classics. As most of their releases are still in print and are VERY cheap to buy off itunes/amazon etc I won't post them, but I can post the following as they're out of print.

Released in 1987 via the band this was an updated version of She's not on the Menu (dunce mix) with two demo tracks from 1982 on the b-side. Limited to 500 copies on a silk screened cover. 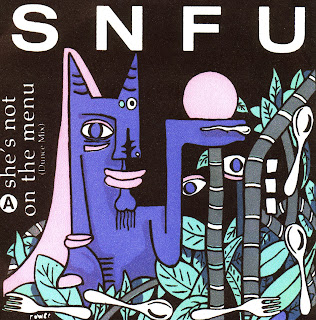 Released in 1993 and long since out of print this 7'' features a re-recorded song from Last of the Big Suspenders and an alternative take of a song from Green and Leafy. 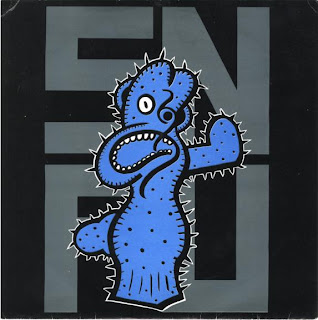 A film was made on Mr Chi Pig a few years ago documenting his, and the bands, history. It's a really good watch, if quite tragic in places, but shows his spirit and determination to beat the shit that dragged him down. You can watch it here - once open click the top link"watch full vidbux" and then click "verify human" and remove the ad.
Posted by Neil at 8:21 am