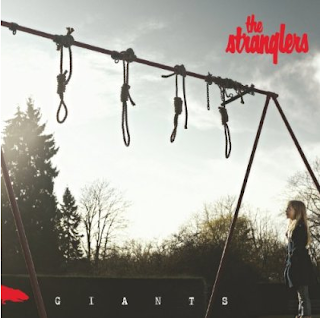 I did something this morning I haven't done for years; I bought an album on the day of it's release. I bought the deluxe edition from iTunes for a tenner and I received 24 tracks for that price; 10 new and 14 live.....if anyone says that's not value for money they need help.

I'm trying to restrain myself from yelling how good it is, as I want to give it time to settle in my mind. Howver, it has all the elements of a classic Stranglers album; Dave on fire with the great old style keyboards, Jet as tight as ever, JJ's bass rumbling throughout and Baz is so good you forget about Hugh. I feel bad for saying that last bit as he's a great musician in his own right, but he'll forever have to meet that comparison. He does this, head on, and knocks it for six.

The last few years of The Stranglers has been a real return to the halcyon days of old. No more mediocre albums with the odd bright flash, Norfolk Coast, Suite XVI and now Giants burn as bright as any of the first 5.


The tour started a day or two ago and I only have a few weeks before I get to see them in my town. If, like me a few years ago, you haven't seen them live for some time, do yourself a HUGE favour and buy a ticket.
I saw them in 1981 and then had a 25 year break from seeing them live. The band fire on all cylinders these days and live they put on a mean show. Baz has more of a rapport with the crowd than previous singers and, thankfully, they've lost the fluff they added towards the end of Hugh's time. Now you get what you expect from The Stranglers; a trip down 38 years of great music that bristles with excitement  and electricity. Don't miss them....seriously. 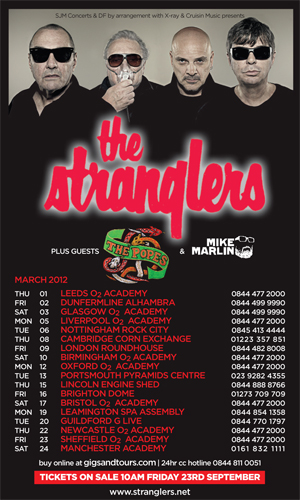