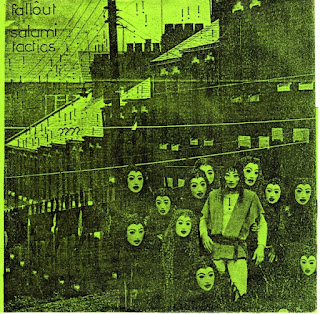 When I bumped into a new group of friends in late '80 one of them was a guy who was mad on collecting foreign punk whilst I was after obscure Brit punk. One thing we had in common was a love for Six Minute War. We both loved their trashy DIY ethic and their three 7'' (and cassette...anyone remember them?) have been favourites ever since.

As Six Minute War began to disintegrate a new band was forming out of the ashes. Fallout lasted a few years releasing 3 7'', 1 album and a 10''. Not unsurprisingly, they shared the same trashy DIY ethic as Six Minute War, and all their releases are well worth grabbing. This 7'' is the best, imho, as it includes the epics Slice it Up and Spice and Fly the Flag, which you might recognise. I remember buying this so clearly and wishing the bus home would hurry up so I could play it....those were the days. 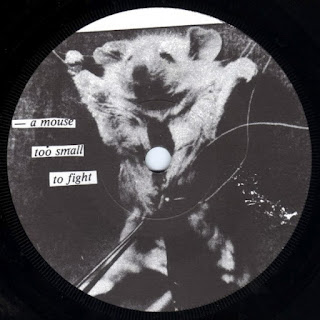