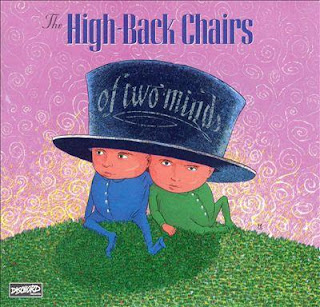 As I've said before, I loved following certain artists to see just where they can take their art/craft, call it what you will. Jeff Nelson was a guy I watched from afar and was totally gob-smacked at just how fast he could play drums yet he'd never miss a beat, ever; the guy was a human metronome. When he was in Minor Threat he was just amazing, what a fucking drummer!!!

I followed him, and Ian, from band to band to see where they went, but I lost touch with Jeff, primarily because I stopped buying Flipside around 93(ish), so I had a few lean years where I had to go back to square one and write letters to people to find out, what was what and, where it was happening.

Fast forward to '96 and I get myself on the interweb and things become easier to follow. I did some digging and found out that Jeff had joined a new band called High Back Chairs; this is after Wonderama. This band ARE NOT punk, however, they could be slotted in with latter day Asexuals, but they're as about as far from Minor Threat as you could get.I really liked these and have no issues from switching from MT, to Void to these in a heartbeat.

It appears that their releases are still available on Dischord, so I've grouped 4 songs together as a taster to get a feel for the band. If you like them then plod on over to Dischord where you can buy the real thing online for a very small fee.....go on, they deserve it; so do Dischord.

The band consisted of

This is another band who epitomise why I love DC...so many artists so many, many, many bands. You could spend months trying to plan a family tree around this city. Jim was also in Velocity Girl and Julie Ocean, Charles was in Rambling Shadows, Colo(u)r School etc.

"Dream of a Day" reminds me of sitting outside the "Free Trade" pub in Newcastle with a freezing cold pint of Stella in my hand on a boiling hot summers day, listening to this album on my walkman waiting for friends to turn up so we could get royally drunk. Ah...those were the days. 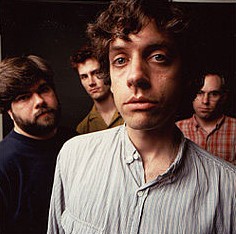