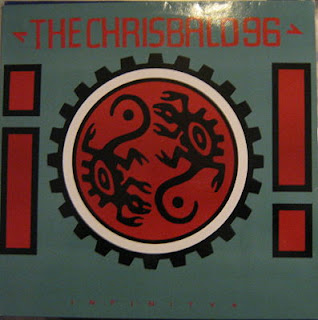 The Chrisbald 96 a band who comprised the following people at one time or another: -

Chris cut his teeth as bass player in Faith before swapping one singing brother for another; Alec MacKaye for Ian, and effectively renaming Faith, Embrace. What a great album they produced; I clearly remember having their demo tape stuck to my head for over a year.

After Embrace called it a day, he moved onto Ignition and released some great material. This is nothing like those bands, but I like it none the less.