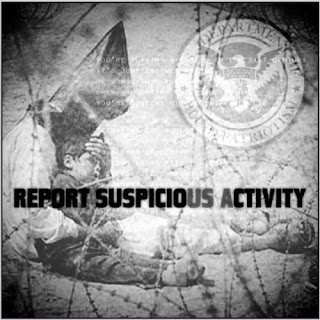 I wouldn't normally post a, fairly, recent release, but this just begs to be heard. Any band comprising the following musicians can't go un-noticed, yet they remain a well kept secret. It would be nice if that were to stop: -

I have a huge soft spot for both Vic and J, so this punk "super group" is a wet dream. They've so far released three records, this is their first from 2005. It IS absolutely what you'd expect from a band with Vic and J in it, punchy, catchy, powerful punk/pop/hardcore. They've lost none of their passion or ability to play really hard hitting music with great lyrics and inspired musicianship. It's a shame that so many of their contemporaries settle for second best and are happy to go through the motions, this just sets them apart.

It's easy to pick out who wrote which songs with Vic Bondi still spitting out his thought provoking lyrics like a raging teenager. I really miss lyrics like this, but they're not done for show. The harmonies and dynamics they can throw into a song is staggering. Even when they slow down, which isn't often, they still manage to grab your attention and keep you hooked into the song. There isn't a bad track on this album and Vic is clearly still pissed off!

I think their third album is the best of the lot, but if you haven't heard them then this mini masterpiece is a great jumping off point. They added Erik Denno (Kerosene 454) for their 2nd and 3rd releases.

I'd strongly encourage people to go out and buy their albums as they really deserve to be supported. I've bought mine and happily play them to death. Alternative Tenticles

I'm not over the hill, you're under it.

Mediafire
Posted by Neil at 9:25 pm