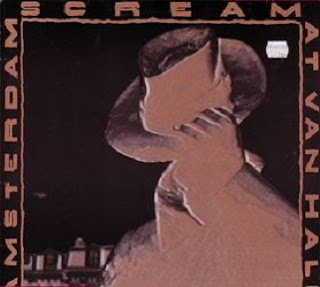 Scream were a firm favourite of mine and really need no introduction...but here goes.

Formed in 1981 by Pete and Franz Stahl, singer and guitarist, together with Skeeter Thompson, bass and Kent Stax, drums. They would soon be recognised as one of the foremost hardcore bands and released the timeless "Still Screaming" album in 1983. With the addition of Robert "Harley" Davidson they realeased the equally, if not slightly better, "This Side Up" album in '84. A weak, in my opinion, 3rd album, Banging the Drum, followed just before Kent left the band.

He was replaced by Dave Grohl, previoulsy of Mission Impossible, who played on their 4th and 5th albums, No More Censorship and Fumble. The band called it a day in 1990 with Pete and Franz forming the excellent Wool and Dave going on to.......well we all know that right!

I had the good fortune to see these in around '88 with Generic and White Flag supporting. A mate videod the whole night and I still have a copy of the gig on tape......I'll have to get that transferred to dvd some day. It's a great watch as Scream put on a blinding performance.

This gig was recorded in Amsterdam in '88 and is long out of print. Mediafire
Posted by Neil at 5:41 pm