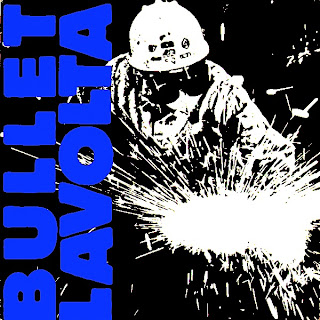 I got a copy of their demo tape the year before this 12'' came out and was hooked, it's much rawer than this release. I knew nothing about the band, but that didn't really matter as the music kicked arse. It was in the punk/metal crossover area, but more punk to me due to the aggression and speed. Once I found out that Ken Chambers from the Moving Targets had joined them I was even more interested.

This is easily their best release and towards the end they became a little generic with lots of metal noodling in the songs. They imploded in the early 90's.

Mediafire
Posted by Neil at 5:00 am