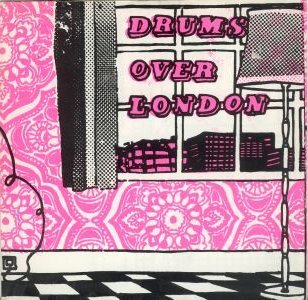 So...I'm spending an evening drinking red wine and trawling you tube for some entertainment and I come across a Disco Zombies entry which states that they reformed recently for a gig or two to celebrate 30 years. This prompted me to hunt around for their singles. I remember getting Drums over London so clearly and bouncing all over the house to it's catchy punkiness.

Formed in Leicester in 77, they released three 7''; all of which you can find here. It's a shame they never managed to release an album.

Link removed at the request of the reissue record label.