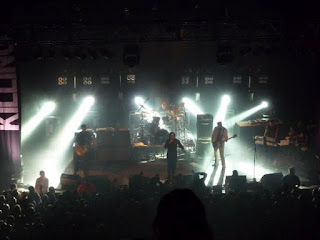 A radio 1 rock show session broadcast on the 20th August 2003, hosted by Daniel P Carter, that has not seen a commercial release. I've spotted this being listed as 2004, but sifting through the radio 1 rock show listings it's definitely 2003. It contains 4 tracks all reworked for the rock show: -

While all the versions contain a new weight and darkness about them it's the fall of because that resonates most. The original version, albeit very good, is thin and tinny in its production; however this one is simply staggering in it's power & depth.