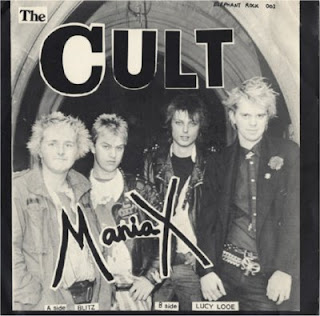 It wasn't all American hardcore for me in the 80's there were some UK bands that blew me away, this is one of those bands and they had me for a good number of their releases. John Peel was another source of good music and you'd be glued to his nightly show from 10pm 'till 12 hoping to hear something new. The Black Horse ep was played by Peel and was a good introduction to the Cult Maniax, but this release was jaw droppingly good when I first heard it in a local record shop called Listen Ear.

They formed in the late 70's and released their first record in '81. They managed to release records on a regular basis until they split in '86. I never get tired of playing the A side of this 7''. 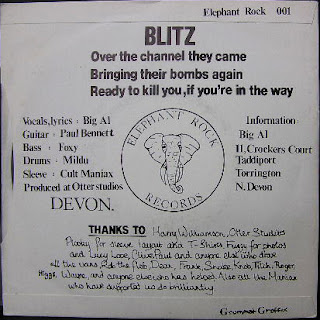