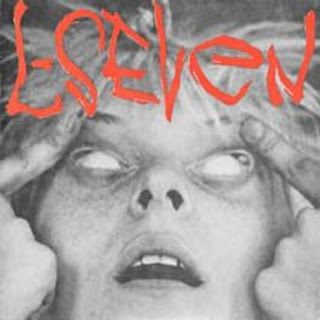 I've always loved this 7'', it's trashy, poppy punk. Released in '82 on touch and go records, although it was listed as touch and go special forces. This was a way of differentiating between the "normal" hardcore on T&G and the more poppy punk of L-Seven. The band comprised: -

This is the bands only release and they split in '83. Larissa would later play guitar in the Laughing Hyenas with ex members of Negative Approach and, later, the Necros. Sadly she died in 2006. Kory Clark went on to front Warrior Soul. Both these bands are ones I like; Warrior Soul especially.