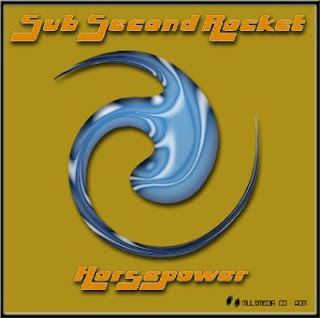 Not punk warning!
By the early 90's I'd kinda given up on a lot of punk as too much of it seemed to be very closely based on bands who'd gone earlier; especially the power pop bands who based themselves on Bad Religion via Green Day. I like Dookie and early Green Day, but there's only so much of them, and their copyists, I can take. So consequently there wasn't anywhere near the quantity of new punk being added to my list as the previous two decades.

Sub Second Rocket were part of the Stoner Rock scene and fucking good they were as well. Hailing out of Sweden and consisting of: -

They, sadly, didn't last too long, but managed to spit out some fine releases; this one being a 4 song promo for their long player.

They formed in 1998 and by 2004 they were gone, another band killed in the Napster cull. A real shame as they could kick some stonking riffage. I had the pleasure of chatting to Daniel some years ago and he sent me a few demos; nice guy.

Mediafire
Posted by Neil at 6:53 am