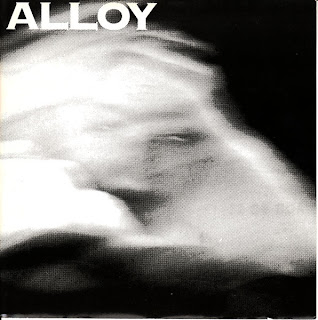 He formed Alloy with Roger Marbury - Bass (Dag Nasty, BMO), Patrick Mahoney- Guitar and Colin Sears - Drums (Dag Nasty, Minority of One). However by the time this record was released, in England, Colin had been replaced with Pete Hines (Murphy's Law, Cro Mags).

The A side is about the end of the cold war and is pretty much what you'd expect from Vic Bondi. This is a mid tempo release with a really nice hook, well I think so anyway, but I'm bias. They released two 7'' and three albums, all of them are well worth tracking down.

Mediafire
Posted by Neil at 6:58 pm