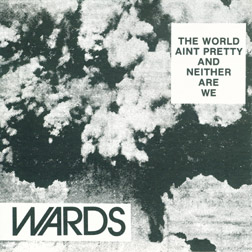 Formed in the late 70's in Vermount by teen school friends: -

The songs on this, their first 7'', were written between 79-81' but werent' recorded until '83 when they released them on thier own label. They had a few more releases, all very good, but this one blew me away and still does 28 years later. Back then I'd have a huge wants list A5 booklet that I'd post all over the shop to various people. I was alerted to these from reviews in MMR and Flipside which made it sound interesting, I wasn't disappointed when it arrived.

They manage to mix real lo-fi punk/hardcore with the right amount of garage to make an excellent snotty record. Reading about them live makes it sound like a right hoot as they'd play until they were forced to leave the satge, they'd order pizza mid gig and eat it, have fights and generally cause mayhem. Sounds like fun to watch. 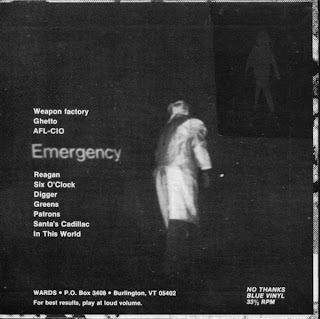