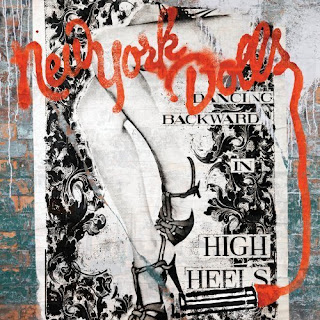 I'm always a little dubious when a band reforms after a long break as it can sometimes just mean they want to make some cash and run the nostalgia circuit; Sex Pistols anyone? I'm not against that per se but I prefer it when a band reforms and continues to releases records, so the Dolls reforming was an "oh shit" moment as it could've been a disaster. Gladly, if you bought Coz I sez So, you'll know it wasn't as it's a bloody good record.


They just played my home town recently and I neglected to go, a move I might well regret, but thanks to a guy at work, hi John, I've now heard their latest album - Dancing backward in high heels. This wasn't as instant as the previous one, but it's still a good record and definitely worth investing a few quid in.
Here's a track from their previous album: -