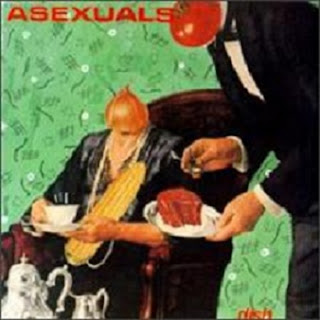 I remember the Asexuals hitting my radar like a bomb when I heard Be What You Want in '84; a year when many were starting to turn into poor metal copyists. The Asexuals offered a new hope for hardcore and I followed them over the next few years. For whatever reason John Kastner decided to bail from the band in the late 80's and formed the Doughboys. It seemed like the end of a good band. Happily I was wrong.

They released this album in '89 right at the time that Soul Asylum and the Lemonheads etc were at their peak. With this release I thought the Asexuals were surely due for stardom, but the album sank without a trace. From the first hearing I was hooked on this release and it remains my favourite Asexuals release.

Mediafire
Posted by Neil at 7:25 am