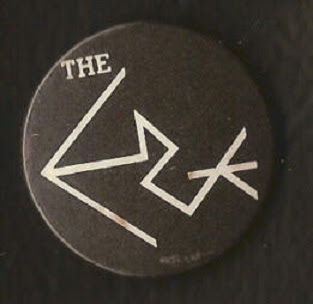 No, not the overratted Irish guitarist, but the band formed by Lu Edmonds (guitar), Jon Moss (drums) when their stint with The Damned came to an end.

In my Damned crazed mind way back when, I was after anything related to the band, demos, live, collaborations and ex members. The Edge were one of those pleasent suprises when I received their first 7'' and none of their releases disappointed me.


Along with Lu and Jon the band was completed by Glyn Havard (bass) and Gavin Povey (keyboards). With the exception of Jon Moss all three members went on to record with a million different and good bands. I'd recommend a net search for their catalogue of work, which is both satisfying and extensive. Gathered here are 2 of the 3 singles', Downhill and Macho Man and their album Square One. Enjoy.
Sadly, my favourite single is missing from this zip file.....so this is a request; if anyone can point me to their "Watching You" 7'' I'll be eternally grateful.
Mediafire

HUGE thanks to Roberto for sending me the following file.  Watching You is this best single the Edge released in my opinion and it's soooo good to hear it again after 20 years or so.

Labels: The Damned, The Edge, UK