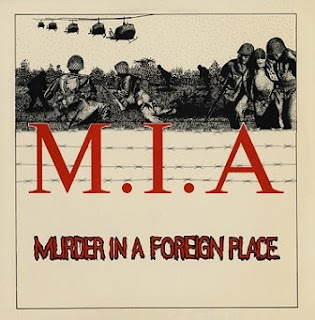 Formed in 1980 as The Swell before they split and three members moved to Orange County and reformed as MIA.  They left quite a few releases behind them with each of them moving a little further ahead in style/format.  This album has always been my favourite as it manages to combine a sophistication with the basics of hardcore, it's the album where they moved from a typical hardcore band to a more poppy/rocking band. It's panned by many as being their weakest, so either I'm very wrong or I can hear something that others don't.

They were amongst the best of the second wave of hardcore and as I keep saying they don't have the profile of so many inferior bands. They should be better known as they were better than credited.  They split up in for good in  '88 and sadly Mike Conley (vocalist) died in early 2008, but the band have since reformed to play shows and continue to this day. If I was forced to compile a top 100 tunes, the title track from this album would be in there.

Mediafire
Posted by Neil at 8:23 am