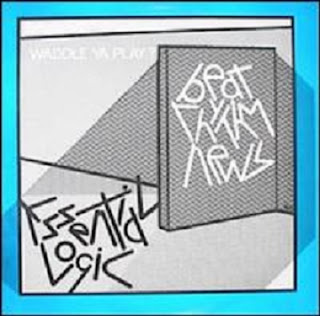 Formed by Lora Logic after she left (was sacked) from X-Ray Spex in 1978.  The band completed by William Bennett (guitar), Mark Turner (bass), Philip Legg (guitar/vocals), Rich Tea (drums, incidentally one of my favourite types of biscuit), and Dave Wright on saxophone.

They didn't leave a huge legacy of recordings as Lora split the band fairly soon to go solo, before she retreated from music to concentrate fully on the Hare Krishna religion. Lora used some of the sax lines she'd came up with for X-Ray Spex on this release, even though they appeared on the X-Ray Spex album she was not credited.

She rejoined X-Ray Spex in the mid 90's when they reformed. In 2001 Essential Logic were brought back to life and released new material. This release is my favourite, it displays their jarringly creative style really well.