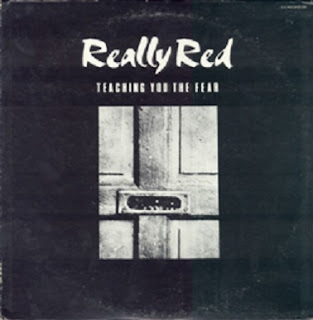 If I could time travel I'd definately go back to Texas in the early 80's, not because I want to be a cowboy, although watching Roy Rogers at Saturday morning cinema did have an impact, but not that much. Anyway, Texas, what was it about that place that produced such a diversity of style? Big Boys, Dicks, MDC, Really Red all pretty much unique.

Whilst the others may be well written about, Really Red don't get that much exposure, try a net search to see what I mean....yet they should, as they were equally as important as any band you care to mention.

They didn't release a single dud, but I think this is their best release. I'd be hard pushed to describe what they sound like, suffice to say they are NOT your typical hardcore/punk sound, they are unique.  They were a political band, but the politics never managed to over shadow the music. It's a real shame that after they split that none of them went on to notable bands......and a even bigger suprise.

Really Red were an amazing band and remain a huge favourite.

As an added extra, here's the lyrics to the album. Lyrics
Posted by Neil at 11:14 am