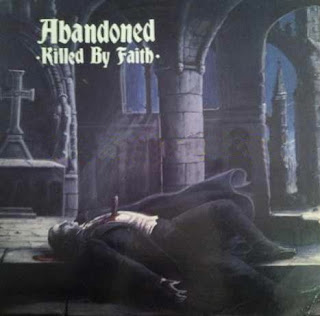 A band formed by ex members of Modern Industry, who'd also play in the Flower Leperds. Whilst they were gathering these songs they asked Tony Cadena/Montana/Reflex etc (Adolescents) to write lyrics for the band. Their singer, Mark Marshall, left so Tony stepped in to sing and record this album; the only release from that period.

Released in 1985 on Savage Beat. I found this by pure chance as I'd no idea it was out, or even that it had been recorded. During one of my mammoth Volume records/Virgin record searches I saw this and flipping it around the record label caught my eye, and then Tony's name. I hadn't heard it, but based on Tony's name alone I bought it. Luckily I like a bit of metal as this is exactly what it is, a classy piece of punk/metal cross over.

Unlike some of the tacky attempts by others, SSD/DYS spring to mind, this is actually very good. The band was completed by : -

A retrospective cd was released a good few years ago, but it appears that it wasn't sanctioned by all the members of the band, i.e. the ones listed here.

Modern Industry released one 7'' on Toxic Shock in '83, it was made available on iTunes or here last year. Due to that I'll load one song as a taster 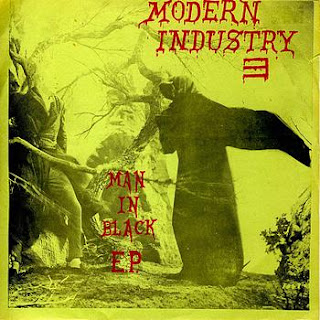 Mediafire
Posted by Neil at 8:06 am