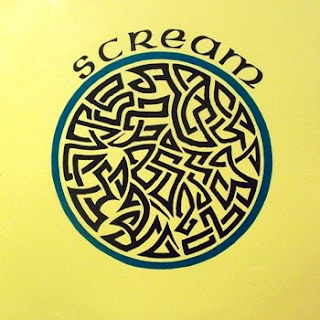 The story of Scream should be well known, but just in case.  A band started in 1981 in Virginia and inextricably linked to the Washington DC scene. The band consisted of the Stahl brothers, Pete (vocals) and Franz (guitar)  Skeeter Thompson, (bass) and Kent Stax (drums). They were easily one of the scenes leading lights releasing their first album (Still Screaming), on Dischord, in 1983, which immediately became a classic of its genre.

Their second album (This Side Up) is also a classic in my opinion, by which time they'd added a second guitarist in Robert Lee (Harley) Davidson. A poor 3rd album (Banging the Drum) followed and Kent Stax left the band to be replaced by Dave Grohl. 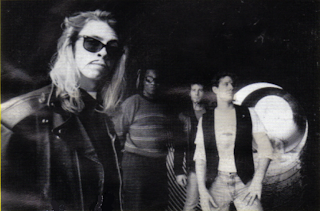 Dave played on the 4th and 5th albums where the band played a more rock orientated sound.
Both of these albums are very good - No More Censorship/Fumble. Fumble was recorded in 1989, but wasn't released until 1993 when Dischord stepped in.

The band split up in 1990 after Skeeter stole the bands equipment to sell for drugs. Pete and Franz formed Wool and Dave went onto Nirvana.

They also released two 7'', Walking by Myself and this one. They were a great live band, full of power and energy, totally inspiring.

Mediafire
Posted by Neil at 8:46 am