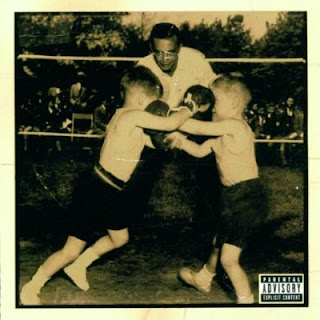 I have no doubt most people will hate this, personally, I love it.

They started in the early 90's as Bomb32, in Toronto, and were lumped in with 311, Helmet etc. They changed their name to Headstrong and were signed to RCA who jumped on them after a huge wave of public support and could no doubt could smell money.

They recorded this, their only album, in London, Ontario and it was quickly released. In a disgusting show of corporate greed RCA dropped the band 6 months after the albums release, due to poor sales. Disillusioned the band called it quits and split up. Joel Krass posted some of the demos they were working on prior to the split on youtube.


These guys can really play thier instruments. I'd loved to have heard more from them and this album should be wider knwon. It's not punk, but it's as powerful as hell and has all the vitriol and angst of punk. Enjoy/hate - whatever. :) 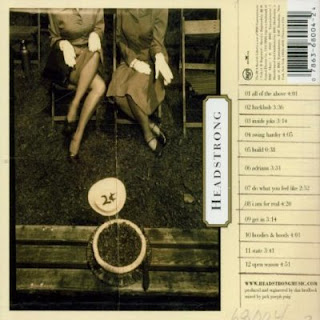 The softest track, and single, from the album.

I've loaded 5 of the 12 tracks so you can get a feeling for what they were like. The album is still available on amazon or iTunes, so if you like it pop over there and buy it; it's only £8 and the band deserve to get their cut.

One of the unreleased tracks.