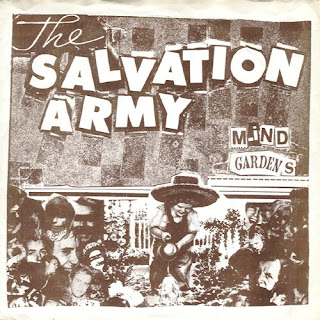 I first heard this 7'' 30 years ago, I feel old, and its sublime beauty just blew me away; 30 years later I'm still blown away.

Released in 1981 on the Minutemen's New Alliance label the band consisted of: -

The band were teenagers at this time and were signed to Frontier soon after this 7'' where they released their first album.

For obvious reasons a forced name change ensued and they became The Three O'Clock who were leading lights of the Paisley Underground scene which exploded in the early 80's with bands such as Rain Parade, The Bangles, Green on Red etc. The Three O' Clock were a little too polished for me, but this single is stunning, still.

Mediafire
Posted by Neil at 9:00 am