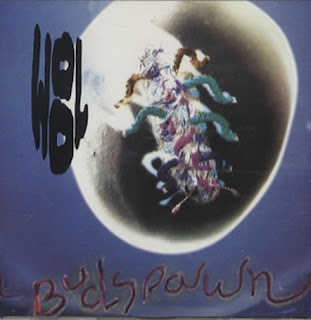 So as mentioned below, this band started life in the early 90's when Scream imploded. The Stahl brothers recruited ex Governent Issue drummer Pete Moffett and ex Concrete Blonde bassist Al Bloch (brother of Kurt from the Fastbacks).

They released their first 7'' , Little Darlin in 1992 on the Fuck You record label. This was followed by this brilliant release. Budspawn, self released, should be available today as it's so under rated and should be better known. Here they plough a more melodic rock/punk vein and there's not a duff track on it.

Pete Moffett exited the band after this release and was replaced by Chris Bratton ex Inside Out. The band signed to London Records and recorded the, also, excellent Box Set, but due to poor sales they were dropped. The band split in 1996, which is a damn shame imo.

Pete and Franz both went onto various other projects, but nothing matches this, or Scream; I think they're both at their best when working together.