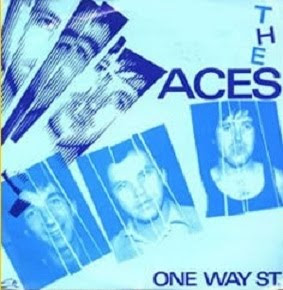 While Menace were still together three of the band: -

....played as the backup band to Vermilion as Vermilion & the Aces, releasing two 7''. After that stint finished and during which time Morgan Webster had left Menace, they produced this single as the Aces. I, like most other punks, loved Menace, so when this was released I snapped it up from the wonderful small wonder mail order service.

I wasn't disappointed, this is a great new wave effort.  Bloody annoying that they left so few recordings as the Aces and Menace. Slackers!

Mediafire
Posted by Neil at 7:17 pm