Fastbacks - Play Five of their Favorites (1982) 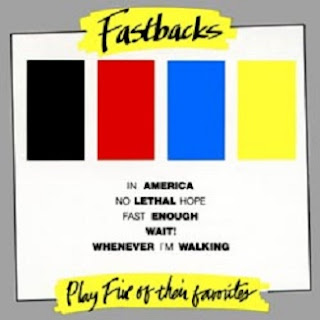 Another mightly No Threes release and another mighty release by the Fastbacks. This is their second and was subsidised by a friend of the band. By now Duff had moved on, maybe to the Fartz or the Veins...I can't remember at the moment and I'm too lazy to walk across the room and look at the vinyl.

Anyway Duff was replaced by Richard Stuverud, who'd stay with the band for quite a long time, in Fastbacks terms, but would be one of the million drummers they had. Richard was one of four primary drummers and you can tell the difference from a "real" drummer and a bassist playing drums from their first release.

With some backing In America from this release could have been a hit. It's a great song and all five tracks are superb. 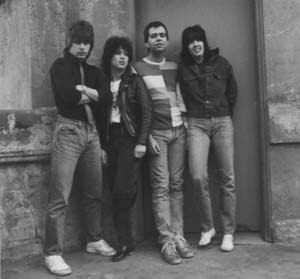