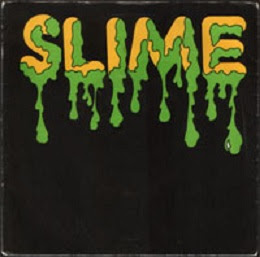 Not the German band, but the UK one.

As I've said, I was a huge Damned fanatic and collected anything related to them until about 1985; I'm not a huge fan of the two Jugg albums. However, this release is a real classic and features Slimey Toad from Johnny Moped fame on guitar as well as the Captain.

Jock Sayers warbley vocals do remind me of the Dickies at times...or is that the other way round? Bah, regardless this is a brilliant slice of 70's punk/new wave. Released in 1978 on toadstool records.

Any Damned fan will recognise the tune from b-side, Loony. It's credited to Slimey Toad....so perhaps a slice of plagiarism here? :) Again though...who cares, the shrill chorus of Loony is great.

Mediafire
Posted by Neil at 8:28 am