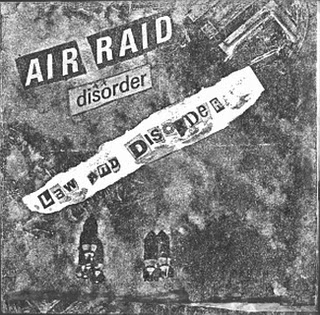 No, not that Disorder, this is the original one from Sunderland. These, like Genocide Exit, were a must have, even if they were mackems. Here you can find both of their 7'' and an unreleased track that was destined to become a third single.

Air Raid released in 1980 on Ace records and Reality Crisis released in '81 on the Durham bookshop label :)

They split in 1981 due to the age old "musical differences" and reformed last year for a few gigs. I could kick myself as I had a copy of Air Raid in picture sleeve and I sold it for £40 a good few years ago; it's now worth hundreds as there were only 750 copies made in total and only 100 with a sleeve. This band have been hyped to death on various boots and "vinyl gem" sites...and I'm happy to say, rightly so; they were great. 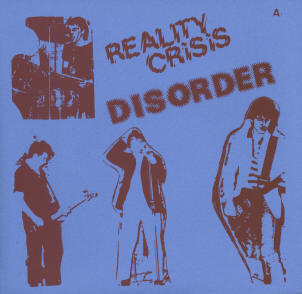