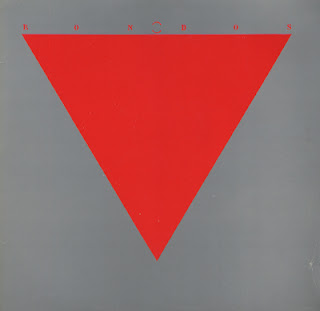 Formed in 1978, in Rotterdam, and ending in 1980 the Rondos all too short career left far too few releases. They're often grouped in the same model as Crass, which isn't a stretch from a political stand point, but musically they're more akin to Wire.

They were part of a music collective called Red Rock which also included Rode Wig, Sovjets and Tandstickorshocks. All the bands lived in an old bunker called, erm da bunker. The Rondos released music on their own label and this is their only album. It's really really good.